What Really matters: how Blizzard Game philosophy translates into World of Warcraft

We have a set of core philosophies, and I will talk about how we apply them to WoW.
We have a lot of mantras: 'concentrated coolness,' 'easy to learn, hard to master,' etc. With many designers it's important to have those shared values.

It all starts with a donut. Allan Adham (original designer & founder at Blizzard) would draw a donut to explain what Blizzard is about. The middle of the donut is the core market. The casual market is the rest. We see Blizzard as being about both, and that the casual market grows faster than the core.

A chief way of doing this is through system requirements.

Easy to Learn, difficult to master is the first Law. Design in the depth first, the accessibility later. A lot of folks seem to approach this the other way ' when we first develop our games, we first try to come up with the really cool things that add year sof replayability. Then we start talking about accessibility afterwards.

In WoW, we early on talked about character classes. One of the most important things you can do in a class based MMO is the combat system. So we tried to make the combat classes as unique and different from one another as possible. Dungeons too, we wanted them to be a much more hardcore experience, we wanted only groups in there, and so on. The dungeons are there to serve more of the cor e market. It's something to strive for, a bridge for the casual players to become a little more hardcore.

PvP was another big depth decision. All of our games have been online competitive games. Early on, we didn't know how honor would work, whether we would have achievements, but we knew we needed PvP Alliance vs Horde.

Lastly, we knew that raids and end game had to be there. We all played UO, EQ, we led uberguilds. We wanted encounters more like you see in Zelda, scripted encounters.

After that, we started talking about accessibility. Which starts with the UI. One of the first pitfalls with UI is trying to make everything visible from the UI. We try to streamline the UI, present only the stuff that is important. This is why we made the auction house accessible via an NPC, rather than via the HUD.

System requirements is another huge component of accessibility.

Another thing we talked about very early on was the game being soloable to 60. We really wanted it to be available to everyone. If you just wanted to play like a single-player game, you could do that,but you'll see dungeons, battlegrounds, people with cool gear, and so on. We saw this solo game as our casual game.

We also spent a lot of time on the newbie experience. First and foremost, it's not overwhelming. We generally shy away from tutorials. I enjoy games like Prince of Persia and God of War, which ease you into the game. That's the approach we take as well. We drop you right into a newbie zone, and it's not overwhelming. You're not in a huge confusing city. The newbie experience is not finding your way out of the starting town.

The newbie zone also gets you right into the action. Everywhere you look, there's a building or two, a couple of NPCs, and monsters. Within five minutes of starting up, you can fight monsters.

Killing with a purpose is the quest philosophy for WoW. With other MMOs, quests were just go out and see that experience bar move. Getting another bubble of XP is really fun but no accessible. We thought that giving you a reason to kill things was more accessible. A lot of people criticize how many bounty or collection quests are in WoW, but it came out of 'killing with a purpose.' This way you are always moving around the world, seeing different things in your combat.

Clear concise objectives: try to provide all info in the game, don't drive players to websites. We try hard through our quests what you need to do, where to go, where the quest giver is so you know where to go back to. Every time we bring in a new quest designer, they want to do a 'mystery quest' that has vague information, but the reality is that the player will just go to Thottbot, and the people who don't do that are the casual players who are the ones you need to handhold! 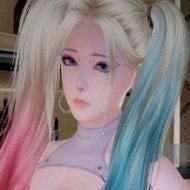 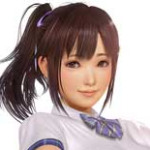 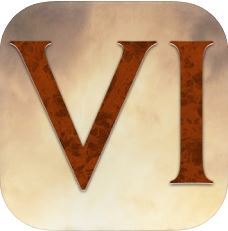